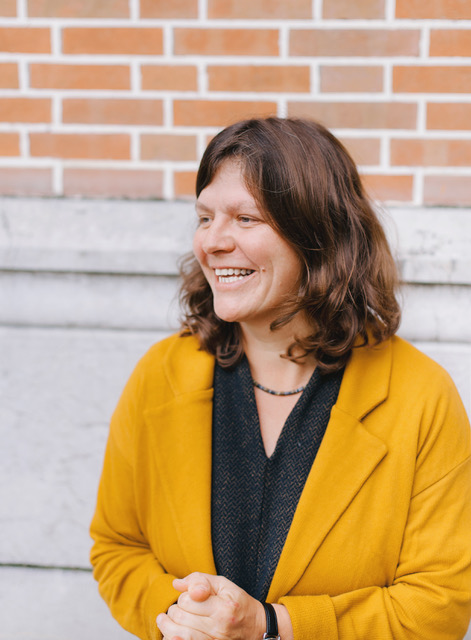 Katharina Heyden is Full Professor for Ancient History of Christianity and Interreligious Encounters at the University of Bern and was the funding Director of the Interfaculty Research Cooperation Religious Conflicts and Coping Strategies. She is an historian-theologian of interreligious encounters in premodern times.

Heyden has published extensively on literary dialogues, shared holy sites, and hermeneutics of otherness and strangeness. In her first book, awarded by the Society for the Study of the Christian Orient in 2008, she explored the so far unknown apocryphal Legend of Aphroditian in its various literary, historical and religious contexts from 2nd century Syria to 16th century Russia. In Die westliche Christenheit und das Heilige Land in der Antike (2013) Heyden explored the significance of the Holy Land in late antique Western thought and art. Fremdenliebe und Fremdenangst (2016) examined spatial aspects and polemical strategies in interreligious inreraction past and present. In Eine Religionskonferenz in Persien (2019), Heyden translates and analyzes a 6th century fictional religious contest between Greeks, Christians, Zoroastrians, and Jews at the Persian court. She is currently working on a book on hospitality in the cultural and religious traditions that shaped Europe.

Among her co-edited volumes are Claiming History. The Role of Historical Reasoning in Religious Conflicts (2021) and Jerusalem in Roman-Byzantine Times (2021). She is co-editor of the Journal of Ancient Christianity (ZAC) and Verkündigung und Forschung.

Heyden was educated at Humboldt University Berlin, Dormition Abbey Jerusalem, Centro Melantone Rome, and earned her doctorate from the University of Jena (2008) and her habilitation from the University of Göttingen (2013). For her outstanding teaching, Heyden has received several awards, including the Credit Suisse Award for Best Academic Teaching (2020). She currently serves as Vice Dean for Finance, Research and Development.

Heyden is an ordained priest and member of the Synod of the Swiss Protestant Church. She is also an experienced science communicator who has created the educative video How to cope with religious conflicts? Insights from History (2020) and the interactive website theos.